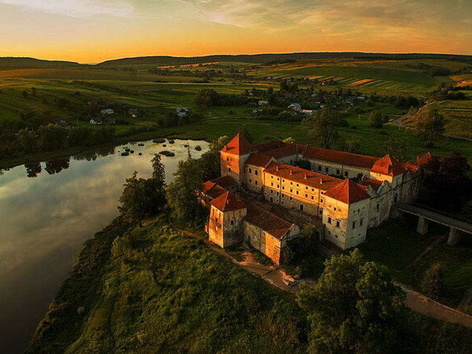 Choose a tour in Ukraine for any taste
DETAILS

Over 2 million tourists visit Lviv every year. And it is not surprising. After all, back in 2009, Lviv was recognized as the cultural capital of Ukraine. However, not all tourists go outside the city. Big mistake! Because you lose a real opportunity to see Lviv Region in all its beauty.

We invite you to the CASTLES OF LVIV REGION+ CASTLE OF THE MUSKETEERS tour, in which you will have a unique opportunity to enjoy unusual historical sights by visiting four picturesque castles that are part of the famous Golden Horseshoe of Ukraine.

We begin the tour with Svirzh Castle - one of the most colorful and romantic castles in Ukraine, which is located on a hill near a reservoir and at one time served as a fortress, and later as a residence of noblemen.

The castle was and is the object of numerous filming, the most famous of which was the movie "d'Artagnan and the Three Musketeers. A festival of rock music in ethnic style was held on the territory of the Svirzh Castle, which was called "Ukrainian Woodstock".


Next, we head to Zolochiv Castle, which is one of the most outstanding monuments of culture and defensive architecture in Galicia. In 1634-1636, according to the project of an unknown architect, it was built by Yakiv Sobieski, the father of Jan Sobieski, the king of Poland.

Over the centuries, the castle was a fortress, a royal residence, a manor house, a prison, and an educational institution. Today Zolochiv Castle is a museum-reserve, a branch of the Lviv Art Gallery.


Next, the castle in Pidhirtsi awaits you - one of the best examples of a combination of a Renaissance palace with bastion fortifications in Europe. The palace was built in 1630-1640 according to the project of the French military engineer Guillaume Levasseur de Beauplan.

Podhoretsk Castle was Versailles in the movie "The Three Musketeers". A lot of films were filmed here, such as: "Bohdan Khmelnytskyi", "The Flood", "The Wild Hunt of King Stakh", "The Mistake of Honoré de Balzac". Honoré de Balzac actually visited the castle, passing through Vinnytsia.


And finally, one more castle, which is a monument of architecture and history of the 13th-18th centuries, is the castle in the village of Olesko. The fortress on the hill is one of the oldest in the Ukrainian lands (1390), and its exhibition reproduces the atmosphere of the cultural and artistic life of past centuries.

Oleskyi Castle is famous for one of the largest collections of wooden sculptures in Europe, including John George Pinzel. The Capuchin monastery with the church of St. Anthony (1739) and the Gothic church of the Holy Trinity (1545) are also a decoration of Olesko.


You can learn more about the tour program and booking here.

We can also prepare branded Visit Ukraine merch for you in advance for a stylish trip to Ukraine. Go to the link and choose a print! (worldwide shipping).

We wish you good travels! 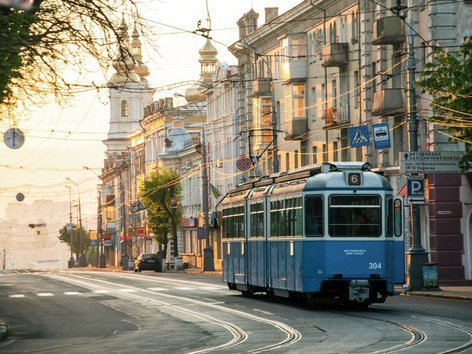 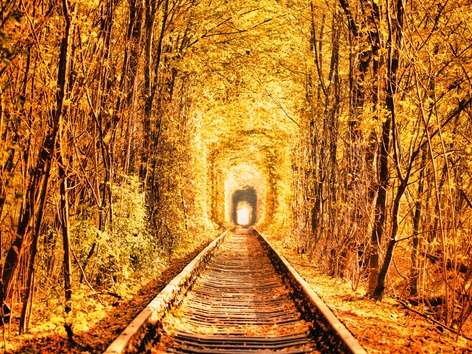 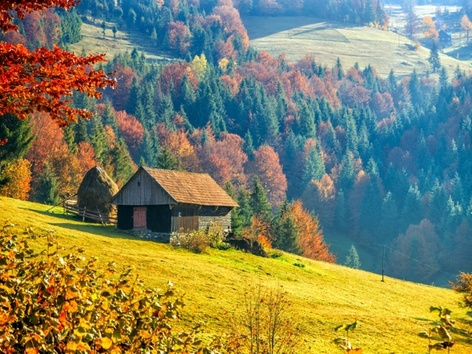 Autumn tours in Ukraine: Incredible vacation in the Carpathians 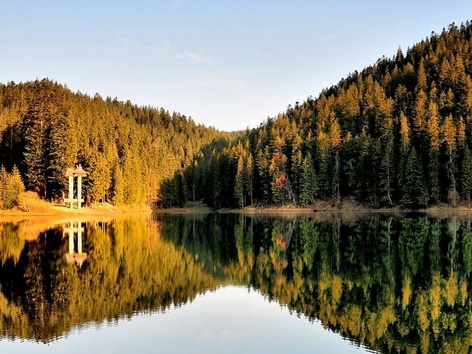 Autumn tours in Ukraine: Paradise trip to the Blue Lagoon in Transcarpathia