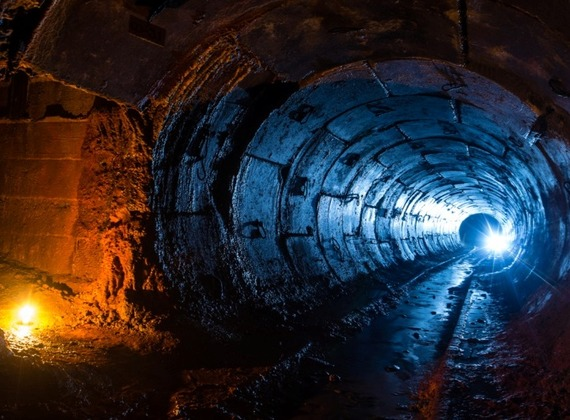 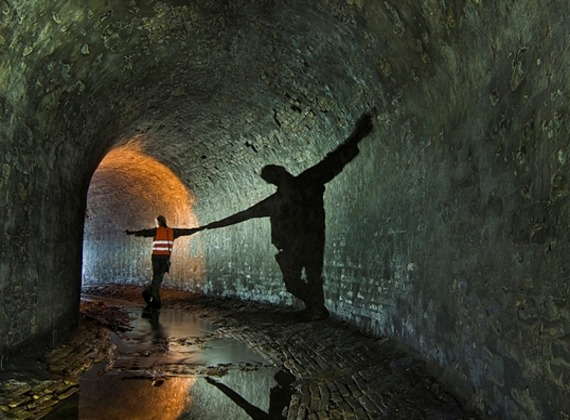 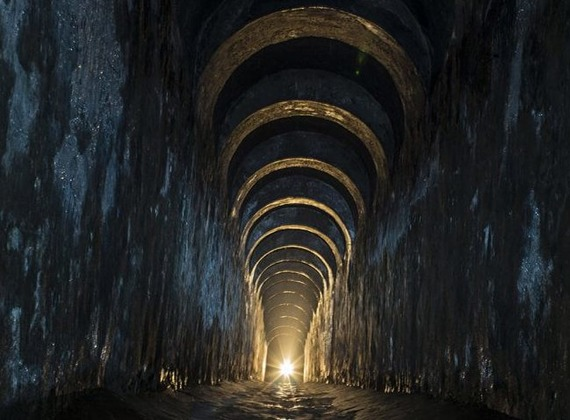 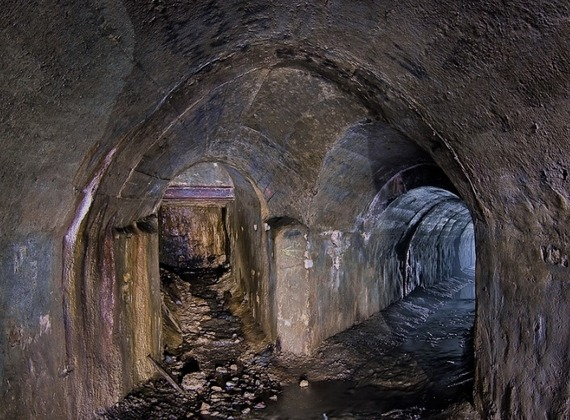 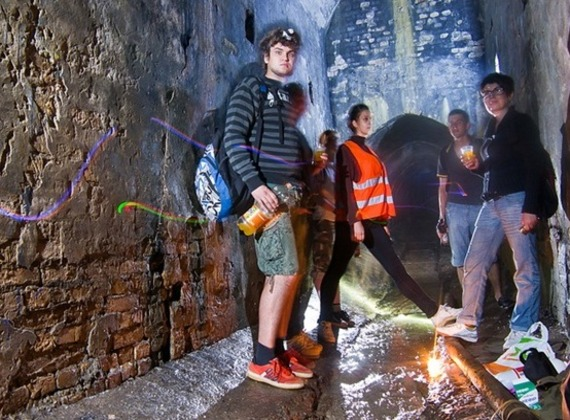 A system of underground passages was built not far from the Kyiv-Pechersk Lavra, in the depths of the slope at the beginning of the 20th century. The ancient drainage adit has about three kilometres of underground passages on two levels. The fact is that the land in this area is very saturated with water, and this can lead to landslides; drainage galleries have been built in the depths of the mountain to artificially drain the soil. The construction was completed in 1916, and the corresponding coat of arms, a crossed anchor and an axe with the above-mentioned date under it testifies.

You will see everything that was mentioned before if you follow us to the underground.

Do not miss the opportunity to walk along one of the most picturesque drainage systems in Kyiv!

The following are not allowed on the dungeon tour:

- people unable to climb into an ordinary sewer hatch;

The average height of underground passages is 1.5-1.7 meters. There are regular stops and breaks along the route.

To pass the underground route, you need to wear comfortable shoes and clothes that you won’t mind getting dirty. It is advisable to wear pants not sweatpants, but with a belt, so that there is where to tie the laces of army boots. The temperature underground is about +12°, regardless of the temperature on the surface.

It is better not to take backpacks and bags at all, or if you take them, then little ones, because it is inconvenient to move with them in the tunnels; no heels, skirts and coats are allowed; for the duration of the tour, we will provide all participants with special military boots that are worn over shoes, and hand lanterns.

Price for 1-10 people, regardless of the number of participants.

The tour is conducted in Ukrainian and Russian, may be in other languages on the request.

*The originality of the text is completely preserved by the author of the tour (tour operator) We can also prepare a set of clothes for you with cool Visit Ukraine merch, so that you are as prepared as possible for the tour and enjoy the atmosphere 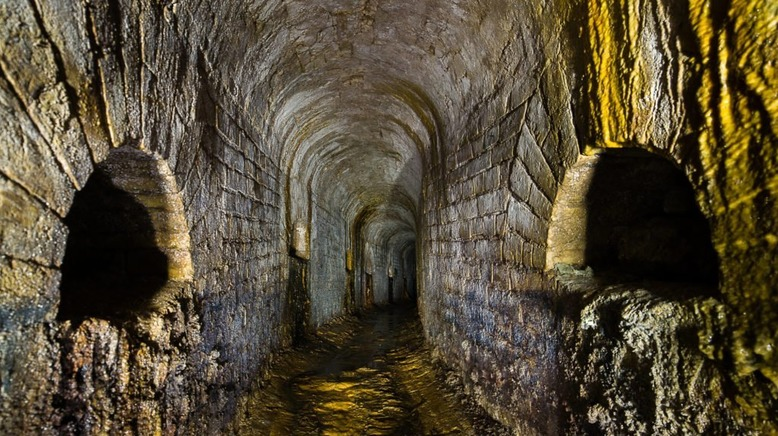 Learn all about the underground world of Kyiv

Route through different types of tunnels

Have an active and interesting time

Local "diggers" affectionately call the dungeon "Nikolka". We are talking about an important engineering facility built to protect the Dnipro descent, the Kyiv-Pechersk Lavra from landslides. The construction of the drainage-adit system began at the end of the 19th century. The completion of construction was marked by 1916. The corresponding inscription and coat of arms of the royal engineering unit can be found in the dungeon itself. The structure was built using yellow stone, and brick, produced in the capital of Ukraine, the Kyiv province. Refractory stone is still considered to be a sufficiently high-quality, reliable building material. The walls are additionally covered with plaster, which increased the hydrodynamics and durability of the entire facility.

Scooter tour in the center of Kyiv. Private tour.