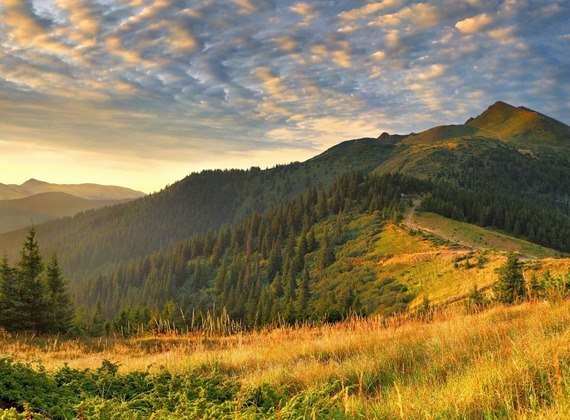 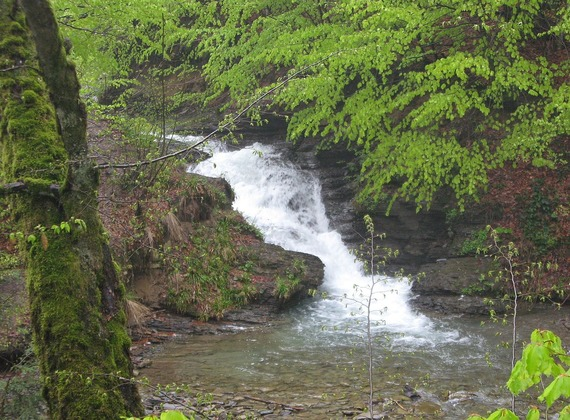 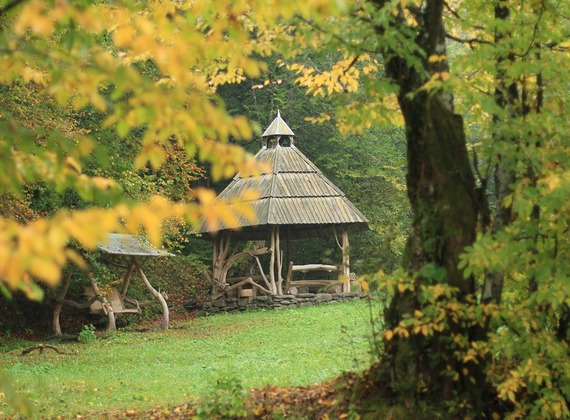 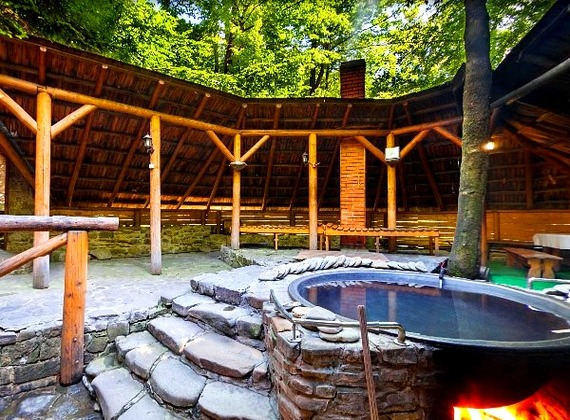 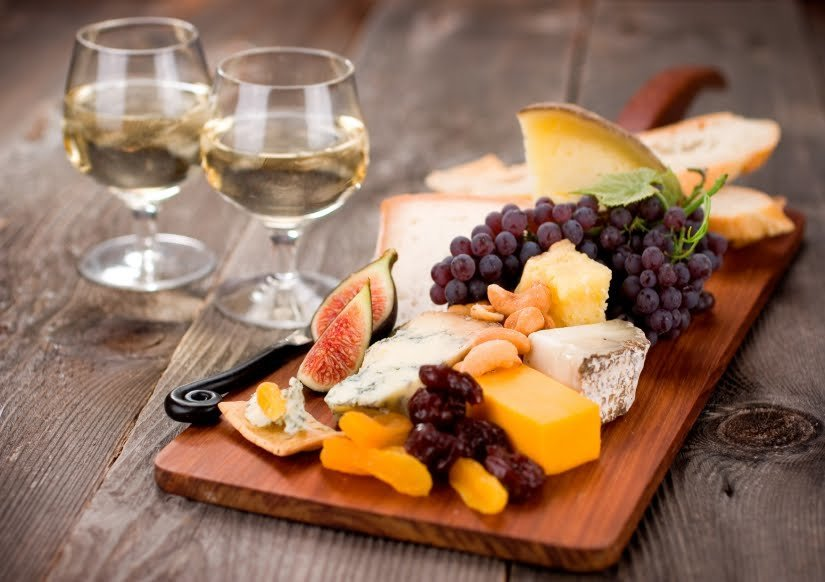 Transcarpathia is a magical landscape of mountain ranges, the virgin beauty of the peaks, the bewitching expanse of lakes against the backdrop of mountains, the region is very beautiful in all seasons, even a simple walk gives vitality.

It is obligatory to visit the Lumshory resort, in which nature of heavenly beauty and elements of hell are closely intertwined - huge metal vats in which you will be simmered in mineral hydrogen sulfide water. For more enjoyment, you can alternate "boiling" in a tub and bathing in cold water.

To get to know Transcarpathia to taste, we invite you to a tasting lunch, during which you will try the most interesting Transcarpathian dishes, taste craft cheeses, aromatic wines and listen to the game and singing of local gudak (musicians).

In case of unfavorable weather conditions (ice, heavy snowfalls, poor visibility, etc.) SPA-complex "Uzhanski kupeli" can be replaced by visiting the bunker of the Arpad line in the village of Verkhnya Grabivnytsia 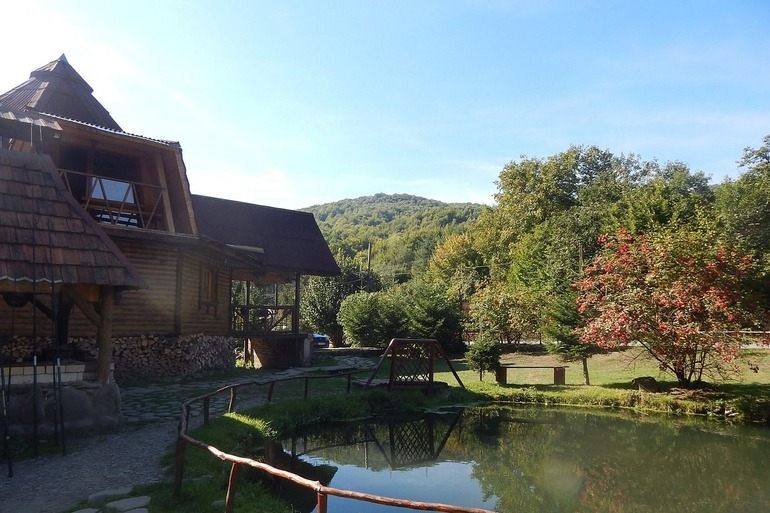 The largest jacuzzi fountains in Ukraine with coffee, wine, beer and an illusion fountain Golden tap of health, 15.5 meters high

Khust factory of felt hats "Khust-filz", here - one of the largest assortment of hats in Europe

Botar is a place for culinary gourmets, here you can try different varieties of lekvara (jam), Mongolian pig sausages and organic juices

Kamenets waterfall is a miracle of nature, it is a cascade of waterfalls 7 meters high

In the middle of the historic town of St. Miklos there is the dark medieval castle of Baron Pereni (XIV century). The castle features: a unique interior, including a secret passage and the bedroom of the courageous Ilona Zrini. This is where she met with Count Imre Tekeli. This Castle is also known as the "Castle of Love". The building was saved by the artist Joseph Bartosz.

Thermal Waters Kosino is a modern complex, located in an oak grove, has 5 swimming pools, 7 saunas and the average temperature in the thermal pools reaches + 41 °C. The pride of the complex is that it has the largest fountains and jacuzzis in Ukraine. In the complex, they serve coffee, wine, beer and palenque. The fountain of illusion, the “Golden crane of health”, has a height of 15.5 meters. This spa can be enjoyed by both adults and children.

Khust is the capital of Carpathian Ukraine, which is located at the crossroads of the Tisza and Rika rivers. The picturesque ruins of the impregnable and once insuperable Khust Castle (XI-XVI centuries) rise above the city. In the city, you can stroll through the Czech quarter and explore the pearl of Transcarpathian sacral construction: the Elizabeth Church, now a Protestant church (XI century). Not far from the center of Khust there is an ostrich farm which is home to the biggest birds in the world. Adult individuals of this species can reach a height of 2.7 m. and weigh up to 130 kg.

This place is popular among culinary gourmets, because it is here that the farm and the tasting room are located, where you can enjoy various varieties of lekvara (jam), Mongolycia pig sausages and ecological juices. Additionally, you can take a photo of the background near the monument of the pig and a jar of jam.

On the outskirts of Berehovo, you will find vineyards that have long been world-famous for their wines. The wines are rich in flavor and aroma. This is due to the volcanic rocks on which the grapes ripen and the Transcarpathian sun’s energy.

Wherever wouldn’t you approach Mukachevo from, on a lonely pointed top, like a magnet, covered with legends and battle glory Mukachevo Castle "Palanok" attracts you.This remarkable military-architectural monument of the Middle Ages was built for protection and control of trade and military routes. Some sources claim that already inIX-X centuries there was a small fort on the mountain built to guard the borders of Kievan Rus beyond the Carpathians. The rusʹkyy prince Fyodor Koryatovich built the castle and turned it into his own residence. The castle walls remember their defender Ilona Zrini, who showed an outstanding courage and heroism in the defense of the castle.

Not far from Uzhgorod, surrounded by the Carpathians, the thermal waters rise from the very heart of the earth and bring health and joy to the guests of the Golden Mountain complex. Four modern thermal pools with water temperatures of 29 and 39 degrees (Celsius) indoors and in open space are waiting for you. The water is extremely useful and similar in composition to the thermal waters of the best resorts in France, Germany and the Czech Republic.

To learn the taste of Transcarpathia, we invite you to a degustation dinner, during which you can taste the most interesting Transcarpathian dishes, and listen to the a performance of the local Kudakovs (musicians).

In the middle of the forest, above the picturesque valley of the river, are the ruins of the once famous castle of Glory (XIVth c.). According to legend, it served as a shelter for women and girls and even to this day, it still amazes with its grandeur and size.

Resort "Krasiya" is located among the picturesque Carpathians. To see the magical landscapes of mountain ranges and peaks and untouched Carpathian nature, you can climb the cableway to Krasia Mountain (1036m).

At the foot of the Poloninsky spine of the Ukrainian Carpathians is the balneological resort of Lumshory, which has been known since the 17th century. Paradise, beauty of nature, and the elements of "hell" are closely intertwined in it – heat yourself in huge metal vats over low heat in the mineral hydrogen sulfide water. For more enjoyment, you can alternate heating in a bath and swimming in cold water. Such a holiday, in addition to unforgettable impressions, leads to the improvement of the musculoskeletal system and rejuvenates the body for ten years.

One of the most beautiful parks in Transcarpathia perfectly combines the amazing beauty of the Carpathians mountains and elegant park art. The guests of the park are fascinated by the smooth surface of the lake against the backdrop of mountains, cities of four evangelists and Celtic garden with a calendar of druids. The park is very beautiful at all times of the year, and a walk through its alleys soothes and gives vitality.

In this Carpathian town, there is a cheese factory called Perechinsk Manufactory, which produces high-quality natural cheese made from cow's milk. Local cheesemakers are experimenting a lot ; so, they have a very large selection of cheeses that can satisfy the tastes of the most demanding gourmets.

The decoration of the village is a wooden church of St. Pokrovy (1645r.), Built in village Syanki in Lviv region and in 1703 brought to the present place.

The spa resort known in the past, located on the border of the three countries at the picturesque Carpathian pass, is now known to the whole world as a masterpiece of Boykiv sacral architecture - the church of St. Michael (1745) It is one of the most wooden temples of Ukraine and is listed as a UNESCO World Heritage Site. The village has long been famous for its healing waters; you can improve your health in the recreation complex "Uzhans’ki kypeli". Distinguished guests here are invited to relax and replenish their strength in three vats with mineral water, a Russian bath with a hot tub, a Turkish bath with a jacuzzi, a Finnish sauna and a Japanese bath.

In this Carpathian village there is one of the best wooden temples in the world, a masterpiece of Boykiv's sacred architecture - the Church of the Cathedral of the Blessed Virgin Mary (1838), which is included in the UNESCO World Heritage List.

Kamianetsky Waterfall – is a miracle of nature, this is a cascade of waterfalls 7 meters high, which is located in the National Natural Park "Holy Beskydy". It is believed that if a girl swims in a waterfall in the morning, she will marry successfully within a year.

State Historical and Cultural Reserve "Tustan" - one of the most beautiful and picturesque places in Ukraine. This is a ridge of sandstone stones in the form of rocks in the middle of the Carpathians, which formed 25 million years ago and created a picturesque complex of exotic forms and works. Tustan was an important strategic point and was part of a unified system of the Carpathian line of defense of the south-western borders of Kyivan Rus, and then the Kingdom of Ruthenia. In the IX-XIII centuries on the rocks there was a defense complex, customs and a fortress city, the central part of the fortifications occupied 3 hectares.

Transfer along the route

Eco-farm "Play" and a mountain of crocuses in the Carpathians