Come back
Main / Blog / The flag of Ukraine: history, records and the most interesting facts about the yellow-blue symbol

The flag of Ukraine: history, records and the most interesting facts about the yellow-blue symbol 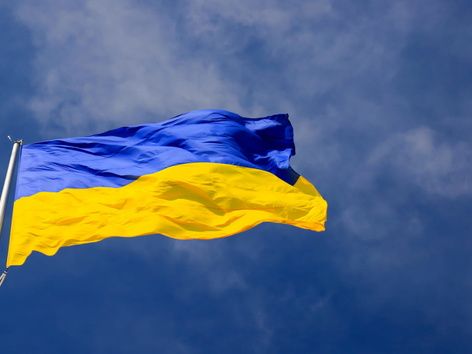 The symbol of our indomitable country - the flag reflects the entire history of Ukrainian statehood. Today, it has gained even more importance and has become a sign of invincibility that the whole world knows. Learn more about the meaning of the blue-yellow colors on the Ukrainian flag and its history

Ukraine is a young state that gained independence very recently. Today, the country is only 31 years old, but despite this, Ukrainian history is filled with many events that made the state what it is today - steadfast, free and democratic. Like most countries in the world, Ukraine has several national symbols - an anthem, a coat of arms and a flag. We talk about the history and meaning of the latter below.

The flag of Ukraine in its current form was approved in 1992 by the Verkhovna Rada. However, its history began during the revolution of 1848-1849, when the Main Russian Council in Lviv (the first Ukrainian political organization in Galicia) adopted a yellow-blue combination of flag colors. These colors quickly spread to Ukrainian lands, which at that time were part of Austria-Hungary, and after the revolution of 1905-1907 in russia - and Transnistrian Ukraine.

Already 11 years later, the Central Rada in Kyiv adopted the Law on the State Flag of the Ukrainian People's Republic, which was yellow-blue (yellow - above, blue - below). Its meaning was as follows:

- yellow, gold – symbolized the Creator, God the Father and, in general, the Supreme Spirituality;

- blue is everything earthly, as well as freedom of choice, which the Creator endowed his creations in the hope that they will not abuse.

But in this form, the flag did not exist for long, and during the reign of the Hetmanate of Pavel Skoropadsky, it was again changed to blue-yellow.

After the arrival of Soviet power, the Ukrainian flag was completely changed, and the historical yellow-blue colors did not spread until the declaration of independence of Ukraine in 1991, after which the blue-yellow state flag of Ukraine was approved in 1992.

What do the blue and yellow colors on the Ukrainian flag mean?

The colors depicted on Ukrainian symbols are very easy to decipher, but their meaning has a deep meaning. The blue color symbolizes the clear (!) sky, and the yellow symbolizes the wheat fields, which speaks of the fertility and wealth of the Ukrainian land. It is no coincidence that the combination of these colors was depicted on the logo of the Euro 2012 tournament, where a sunflower is depicted on a blue background.

In addition, Pantone dedicated to Ukraine two colors that symbolize freedom and action. The colors of the flag were named: freedom blue and energizing yellow.

The popularity of the national flag of Ukraine

Ukraine, like its symbols, were not so popular before the full-scale invasion of Russia. After the Russian aggression spread to the Ukrainian territory, blue-yellow colors began to be recognized all over the world. The squares of Europe and other parts of the world were covered with Ukrainian flags as a sign of protest against the war unleashed by the power of the russian dictator.

In addition, Ukrainian flags began to appear in state institutions of many countries, and world politicians began to wear yellow and blue badges on their jacket collars as a sign of support for Ukraine.

Fact. Recently, former British Prime Minister Boris Johnson explained in an interview what the Ukrainian flag does not remove from the collar of his jacket. Johnson has worn a badge with the British and Ukrainian flags since his premiership, and proudly explains the significance of the yellow and blue colors.

Interesting facts about the flag of Ukraine

One of the most interesting stories with the Ukrainian flag happened in early 1992, when the Chinese artist Mao Mao asked the then president of Ukraine, Leonid Kravchuk, at a creative event, to do everything in his power to change the placement of the colors of the Ukrainian flag. According to her, if the flag remains in its former form, betrayal, decline and collapse await the country.

Speaking about this, the Chinese woman probably referred to the Chinese Book of Changes "I Ching", where the blue color above and the yellow color below form the hexagram "Pi". According to the book, this is one of the four worst color combinations. At the same time, if you reverse these colors, you will get the hexagram "Thai", which means "dawn, happiness and development".

It is also interesting that the combination of yellow and blue was noticed for the first time in Ukrainian history during the time of Danylo Halytsky, who, founding the city of Lviv (first mentioned in 1256), presented its inhabitants with a coat of arms depicting a golden lion on a blue background.

Also, we could not ignore the fact that the largest flag of Ukraine measures 40x60 meters. It was even included in the Book of Records of Ukraine. And the largest painted flag appeared in Kyiv in June 2014. At that time, thousands of residents of the capital painted a part of the concrete slope on the Obolonska Embankment.

It is also interesting that among the Slavic countries, only two countries do not have the color red - and these are Ukraine and Bosnia.

Today, the Ukrainian flag has a new history, symbolizing freedom and peace. But the symbols of a clear sky - without missiles and drones, as well as a fertile land - without mines and explosives, must return to us after a joint victory over the aggressor. 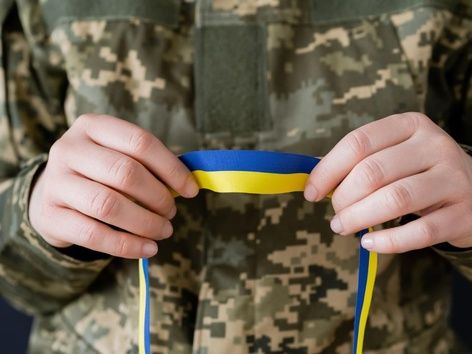 Military registration abroad: is the deportation of men to Ukraine real

In Ukraine, a new procedure for keeping military records of conscripts, conscripts and reservists was approved. In particular, it became known about new rules for men who are abroad. Find out more about whether embassies will issue summonses and can deport men to Ukraine during mobilization 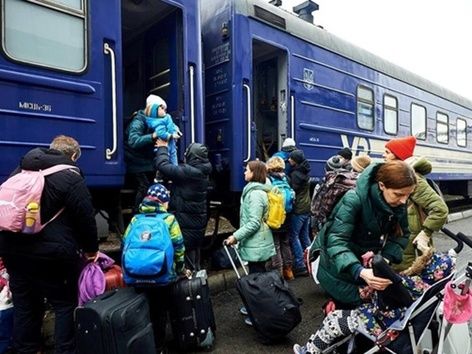 Evacuation trains continue to run daily from dangerous regions of Ukraine to the central and western regions. Learn more about timetables and financial aid for war victims 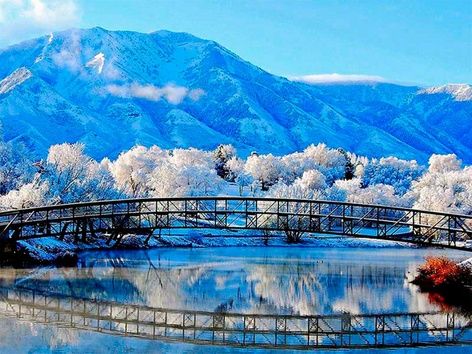 The charms of the Carpathians and the legends of Lviv: where to go in Ukraine right now

Ukraine fascinates with picturesque views and countless places for a good rest in the company of friends or with family. Learn more about where you can go on vacation right now and be fully inspired by the beauty of our country 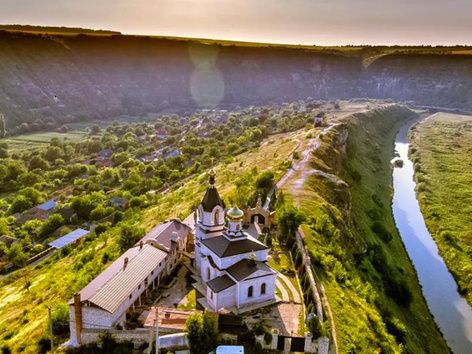 Moldova is liked by tourists and expats for its average accommodation prices. Learn more about the cost of renting apartments, utilities, groceries and healthcare in the country