Come back
Main / Blog / Life in occupation. Forced deportation, destruction of everything Ukrainian and desperate resistance to the occupiers 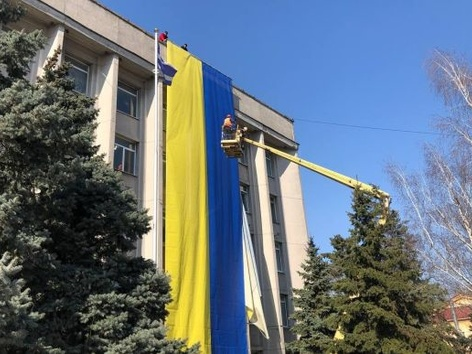 The Russian occupiers are temporarily controlling almost the entire Kherson region, a large part of the Zaporizhia region, and some districts of the Sumy, Chernihiv, Kyiv, and Kharkiv regions. Significantly increased their presence in Donetsk and Luhansk. How do their inhabitants live in the occupation now?

The Commissioner of the Verkhovna Rada of Ukraine for Human Rights Lyudmila Denisova reported on the facts of forced deportation of our citizens to Russia. Women with children, elderly people are being chased away, men are searched (especially carefully if they accompany families - they are checked for involvement in our law enforcement agencies, even stripped of their underwear). Ukrainian documents and telephones are confiscated and forcibly taken to buses to be taken to filtration camps (information has now been confirmed, in particular regarding the camp in Dokuchaevsk, Donetsk region).

Then to the Rostov region (Taganrog) and the Krasnodar Territory. According to the Ministry of Defense, the ultimate destination is depressed regions of Russia (north, Sakhalin and others). Formal employment is offered through employment centers after relocation. Those who agree receive a document banning them from traveling to the country for two years.

We remind you that the forcible transfer of civilians to another country grossly violates international humanitarian law - source in the Ministry of Foreign Affairs of Ukraine (Article 3, Article 34 of the Geneva Convention relative to the Protection of Civilian Persons in Time of War, European Convention on Human Rights - Art. 5 and International Covenant on Civil and Political Rights - Article 9). Such actions can only be classified as abduction, and the Office of the Prosecutor General is conducting a pre-trial investigation on every fact known to us.

Currently, there are confirmed data on the illegal removal of at least 2,389 children, it is difficult to estimate the total number of deported Ukrainians: Russian propaganda reports 206,000, but as we know, everything they report can be safely divided several times. The mayor of Mariupol, Vadym Boychenko, spoke a week ago about several thousand Mariupol residents who were taken out of storage at a sports club where people were hiding from the bombings, and in the Left Bank district of the city in general. The same thing happens when the occupiers intercept evacuation convoys transporting people to safe places in Ukraine. In particular, it became known about such a case in the Zaporizhzhia region.

Residents of Irpin, Gostomel and other settlements of Kyiv region were forcibly deported to Belarus. Currently, people are in Mozyr, Gomel region, without documents and means of communication, and have been housed in a dormitory. However, as it turned out, they were more "lucky" than the residents of the East and South - they were not transported to Russia, our consulate issued them IDs, but they can not return to Ukraine. They say wait to wait for the end of the war…

Everything Ukrainian is banned

Forces of the Rosguard, the FSB and other law enforcement agencies are trying to establish Russian order in the occupied territories. The Chief Intelligence Office of the Ministry of Defense reported on the mass seizure of Ukrainian literature, history books, school textbooks - all this is now "extremist literature." There is even a list of names that are currently banned: Shukhevych, Stus, Petliura, Bandera, Mazepa, Chornovil and others. Especially looking for any mentioning of the history of the Ukrainian Maidans, the liberation of Ukraine, Antiterrorist Operation / Operation of Joint Forces.

The invaders seized TV towers and turned off national television, switched it to Russian propaganda channels, local radio stations, and in many places disconnected our mobile operators. Schools are being forced to start teaching in Russian - at least such a report came from Melitopol. Ukrainian flags were removed from administrative buildings and their "tricolors" were hung.

However, on March 24, the mayor of Kherson, Igor Kolykhayev, posted a message on social networks with a photo of the huge flag of Ukraine on the City Council building - hung back again! The same information came from Nova Kakhovka.

The administrations of territorial communities mostly refuse to cooperate and resign en masse. In particular, on March 23-24, the majority of deputies of the Energodar city government resigned, and in Henichesk on March 12, the mayor and his staff resigned. However, they continue to perform their duties and hide from the "new government" so as not to fall victim to abductions and torture forcing to side with the aggressor. Let us remind that on March 12, at an extraordinary meeting of the Kherson regional council, deputies unanimously approved a resolution rejecting the possibility of creating any "People's Republic of Kherson" in the region, and claiming that Kherson region has always been with Ukraine.

In addition to hunting for everything Ukrainian, the Russians are trying to establish their own order.

First, these 21st-century police officers are carefully searching for all Ukrainian patriots, members of pro-Ukrainian party cells, and ATO / JFS veterans. Secondly, in some places they are even trying to replace our hryvnia with Russian rubles, as happened recently in Starobilsk in the Luhansk region, and since April they have been threatening to do the same in Kherson.

They persuade the local population to cooperate with the occupying authorities, not to resist and to abandon mass protests - all dissidents are threatened with arrest.

"Paddy wagons", riot police units in full gear, tear gas, shootings of peaceful rallies that are so familiar to opposing Russians - this is the reality of courageous fighters for their own freedom in the occupied territories. And many of them have already been illegally imprisoned: the pre-trial detention center in Kherson has been seized, there are reports of vacancies in a similar institution in Simferopol - all this is being prepared for the arrested Ukrainian activists.

And if in big cities, such as Kherson, Melitopol, Berdyansk and others, the occupation administrations at least pretend to be "civilized" people - rob only car dealerships, offices of commercial companies and local administrations, shopping malls, in small towns - in general wherever Putin's troops are stationed, the situation is much worse.

According to the head of the Kyiv Regional Administration, Oleksiy Kuleba, in the towns and villages occupied near Kyiv, including Vorzel, Irpin, Bucha and Gostomel, enemies are breaking into private homes, openly looting high-rise buildings, taking everything from household appliances to carpets.

If the locals resist, they are killed. The same happens in Chernihiv, Kharkiv and Sumy regions. Pre-trial investigations into the rapes have already begun (Brovary district).

Resistance of residents of the temporarily occupied regions of Ukraine

Almost every day, residents of most of Ukraine's occupied cities and towns take part in pro-Ukrainian rallies: with yellow and blue flags, under slogans that make it clear to Russian fascists what land they are on and who they really are. The clear direction of their desired further movement, etc. is indicated.

People avoid any cooperation with the occupying power, support their own authorities, not allowing new police officers to seize them - of course, they are not used to such behavior of the crowd, so sometimes they even seem confused. However, our activists are also reciprocated: the use of tear gas, light and noise grenades and weapons has become more frequent, and there is more and more open terror with searches and abductions.

We are not talking about any forceful resistance: the people are unarmed and there are too many invaders. Everyone desperately hopes that the Ukrainian army will come to liberate them soon. An active partisan movement occurs in Kyiv, Chernihiv, Kharkiv and Sumy regions.

However, there were also collaborators. Such as Galyna Danylchenko, acting mayor of Melitopol, Gennady Sivak in Henichesk, and Kirill Stremousov from Kherson, who were appointed by the occupying forces, a total of up to 38 people against whom criminal proceedings have been instituted for treason (Article 111 of the Criminal Code of Ukraine).

On the photo: the Ukrainian flag on the city hall being hung back again by locals in Kherson 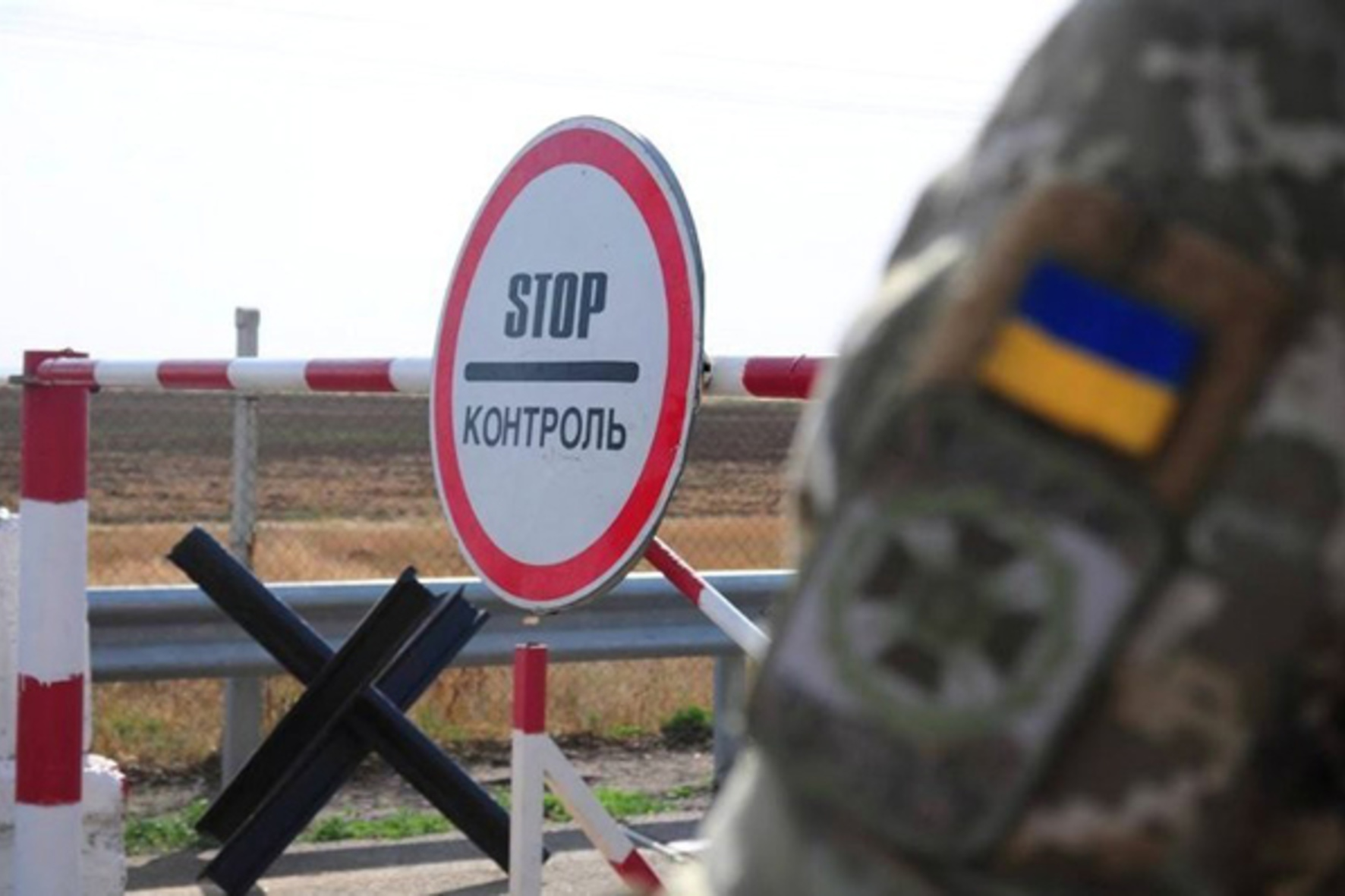 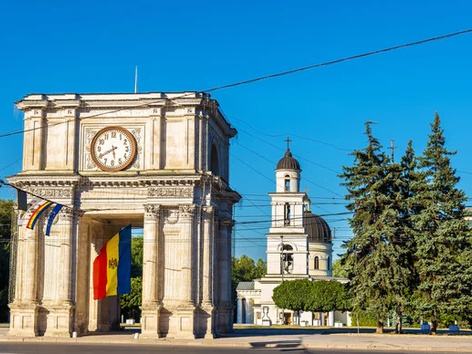 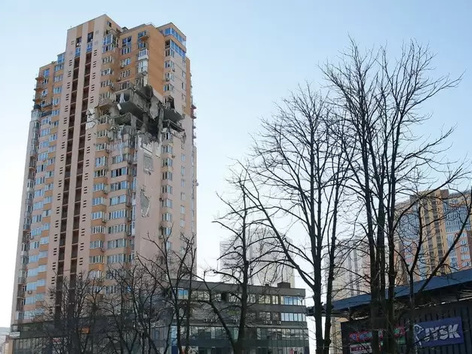 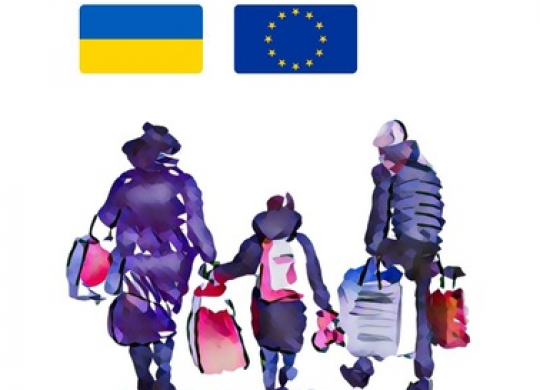