Come back
Main / Blog / Ukraine has celebrated Vyshyvanka Day: how it was

Ukraine has celebrated Vyshyvanka Day: how it was 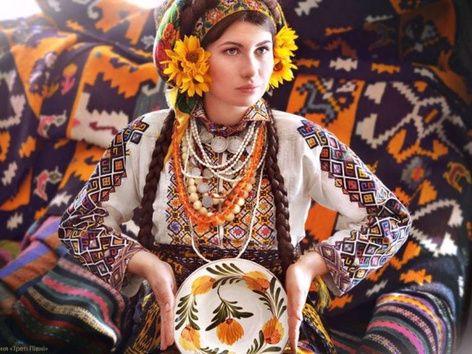 Ukraine has celebrated Vyshyvanka Day: how it was

Today Ukrainians celebrate Vyshyvanka Day. Vyshyvanka is a traditional Ukrainian clothing, mostly shirt, with originally a hand-made emroidery. Traditionally, Vyshyvanka Day falls annually on the third Thursday in May. Vyshyvanka Day has been celebrated since 2006, when a student of the Faculty of History, Political Science and International Relations of the Yuri Fedkovych National University of Chernivtsi invited her classmates and students to come all in embroidered shirts one day. Subsequently, the holiday rose to the national level, it started to be joined by the Ukrainian diaspora around the world, as well as supporters of Ukraine.

Vyshyvanka Day is not tied to any state or religious holiday. The holiday does not include mandatory events, and anyone can join it. It is enough to simply wear an embroidered shirt or clothes with elements of Ukrainian embroidered shirt. The very idea of ​​the holiday is to preserve Ukrainian values ​​and promote them among young people and the general population. In the conditions of the war with Russia, this day is even more important for Ukrainians, because we can once again remind the whole world about the independent culture of the Ukrainian nation and the difference from Russia.